“The true alchemists do not change lead into gold; they change the world into words.” William H. Gass

Not a writer? Your own words aren't cutting it? I can help.

You have an awesome website, or that extra-special news to splash across your social media. But your own words aren’t working. You’ve wrestled with the text and still it lacks the “wow” factor.

That’s where I come in. I’m a copywriter who’ll save you time and energy by creating on-brand copy. Web content, snappy social media or blog posts, I’ll craft content with a consistent voice across your channels. One that engages and entertains. I’ll even throw in correct spelling and grammar.

Everyone always told me I should write, so for once I listened. I studied my craft, produced content for hoteliers including the Marriott with a branding agency, won a travel writing contest and edited a statement for Thailand’s Crown Princess.

So, let’s get back to your story. Are you ready to effectively tell it? Connect with me here to make it shine! 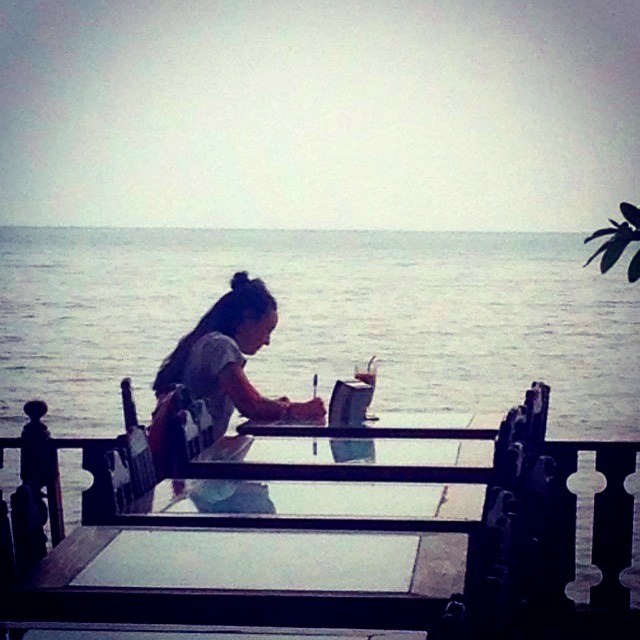 A small sampling of my work - check it out!

Now's the perfect time to make that dream come true with award-winning Emerald Cruises and their 15-day Epic Journey, Splendours of Europe. Why should your European cruising dreams take flight now? For a limited time on select sailings, you'll enjoy: Book in agency and benefit from these exclusives offers: As winner of Cruise Critic’s Editor’s Choice for “Best River Cruise for Value” five years in a row, Emerald Cruises knows all about optimizing value. So much is included, from regionally in
Web Content - Product Category • 21st July 2021

Iconic movie watches from the heart of cinema | Hamilton Watch

In 1932, a time-telling star was born. The movie was “Shanghai Express”, which featured Hamilton Flintridge and Piping Rock watches, alongside actors Marlene Dietrich and Clive Brook. The venerable timepieces, much more than mere props, needed no audition for their roles and played an integral part in the plot. Since their stellar red-carpet debut, Hamilton watches have appeared in more than feature films and TV shows. From classics to comedies, from outer space to inside jobs, Hamilton’s movie
Twitter • 30th November 2020

Zenoti – Love is in the hair

Love is in the hair, and Toni & Guy ’s partnership with Zenoti is a match made in heaven. Our cloud-based platform keeps Toni & Guy a cut above the rest while keeping everyone safe and satisfied. Learn more #FeelGoodFindGreat
Resort Flyer • 14th January 2020

Got a groovy kind of love? At Finolhu, we definitely dig it and invite you to tie the knot in a ceremony you'll flip for.
Instagram • 16th January 2020

Deutsche Hospitality has uplifted over 130 hotels to a different dimension of hospitality. QUO branded this hotel group as a visionary parent adept at nurturing all its children, from bold big brother Steigenberger hotels, to saucy little sister, Jaz in the City. Sehr Gemütlich!
Facebook • 16th January 2020

QUO – Jaz in the City Amsterdam

Offbeat but always in tune, Jaz in the City Amsterdam’s quirky culture and on-trend offerings have earned them the highest hotel honour in the Netherlands. Today they’ll be awarded the Dutch Hotel Award 2019! QUO is proud of the part we’ve played in crafting this funky hotel concept and wishes to congratulate Jaz in the City Amsterdam on their award!
Website • 16th January 2020

Elevate your lifestyle in the new heart of Hanoi. Be part of a vibrant community at The Zei, an award-winning new development and My Dinh’s most desirable address. Combining smart design and elegant simplicity with cutting-edge architecture, state-of-the-art amenities and innovative facilities, The Zei is your gateway to inspired contemporary living.
Blog Post • 15th March 2018

“One’s destination is never a place, but a new way of seeing things.” – Henry Miller InterContinental does a great job as a city slicker. With over 70 years of experience under its luxury hotel belt, this established industry leader sleeps well knowing its city properties are best in class. Affluent, experienced and in the know, InterContinental has got a lot in common with the travellers lodging in its luxurious urban surrounds. But what happens when urban dwellers step out of their city confines?
inTravel Magazine • 14th January 2020

Samurai swordfights, strutting Geishas and the Seven Gods of Fortune were images conjured up when I first read that Sakura, the Japanese town where I lived and taught English, would hold its twelfth annual Jidai Matsuri: Festival of the Ages.
Website • 16th January 2020

Shirin’s holistic approach as a personal trainer provides a healthy return on the most important investment you’ll ever make; you, and your health. Armed with knowledge, backed by facts and unsurpassed zest and zeal, Shirin provides optimal fitness journeys to her clients.
Video Script • 16th January 2020

Mysteries, myths and intrigue are synonymous with the iconic Orient Express. The famed deluxe railway dates to the late 19th century and was the choice transportation for kings, spies and an unfortunate French president. And while we’re on the topic of near-misses, the rolling stock ultimately evaded a fiery demise at the hands of Hitler, himself. Suffice it to say: there’s a lot of history to unpack with this luxury line.
Facebook • 17th January 2020

QUO – Survival of the fittest paddle

A battle of paddles took over the office during our 3rd QUOlympic Ping Pong Tournament as teams rallied for coveted cash prizes in a frenzy of backhands, topspins and more. All in a day’s fun.
Instagram • 17th January 2020

Meet Mo, our very own table tennis expert. A silver medallist in an international high school ping pong competition, this multi-talented assistant brand strategist is using his skills for the greater good – he’s training up QUO staff for the next QUOlympics. May the best QUOster win!
Website • 14th January 2020

Located in a pristine beachside location just minutes from Da Nang International Airport, LiV gives you the freedom to craft your family’s vacation time on your terms. Taking prime position in the vibrant, state-of-the-art New Hoi An City development, LiV allows you to take control of your free time – where you spend it, when you go and who you go with.
Facebook • 17th January 2020

Uncover the mystical charm of a Marrakesh souk as you lose yourself in its ancient laneways. Morocco is an enchanting destination – LiV can take you there. LiV now, #LiVfree! Visit www.liv-resorts.vn to find out more.
Facebook • 17th January 2020

Looking for a refreshing G&T on a hot summer day? Pop into the Atrium Bar where Sascel’s mixing up some G&T magic!
Close ✕